Wawrzaszek ISS has manufactured vehicles for decontamination for protection against CBRNE threats, commissioned by the State Fire Service - the total number of vehicles is 8. The first vehicle was put into operation by firefighters in June 2022. Vehicles are based on a two-axle Scania with 4×2 drive, automatic gearbox and a two-person cab with couches. The vehicle body is a self-supporting structure made of a collision-resistant polyester composite. It is divided into 7 compartments and additionally 1 outer compartment located under the tailgate. The interior of the vehicle has several chambers, including rooms that provide a path for decontamination of injured person. At the rear there is a loading board with an integrated loading cabin. The vehicle has also, among others, water tank, waste water tank, hot water connections, monitoring system. The equipment compartment includes equipment from the following groups: active foam decontamination, internal fumigation with hydrogen peroxide, an ozonation device, internal fumigation with vaporized hydrogen peroxide (VHP), post-decontamination clothes, personal protective equipment, BIOHAZARD set and auxiliary devices. The State Fire Service has ordered eight vehicles that will constitute a fleet of Rescue and Fire Fighting Units in Poland. 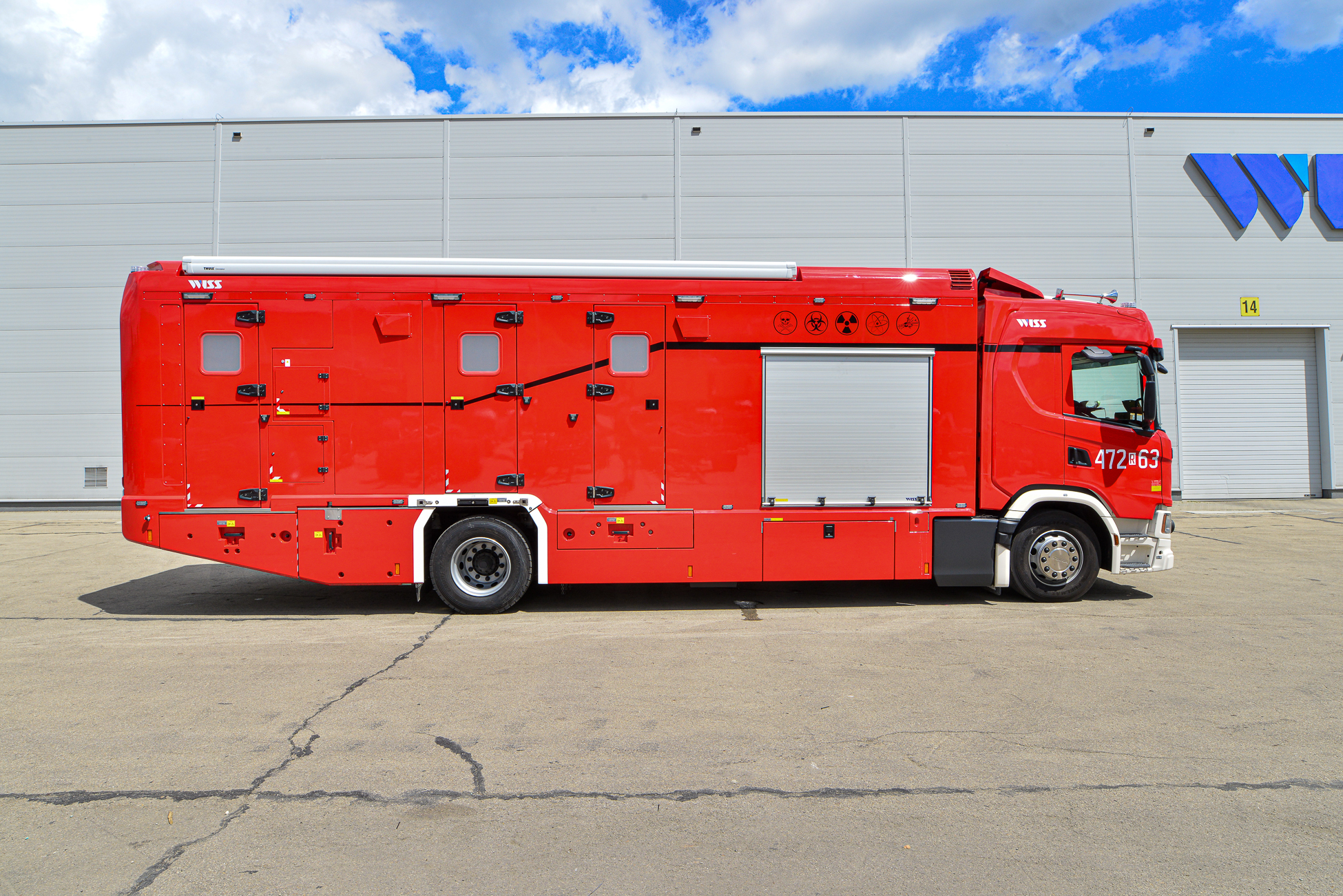 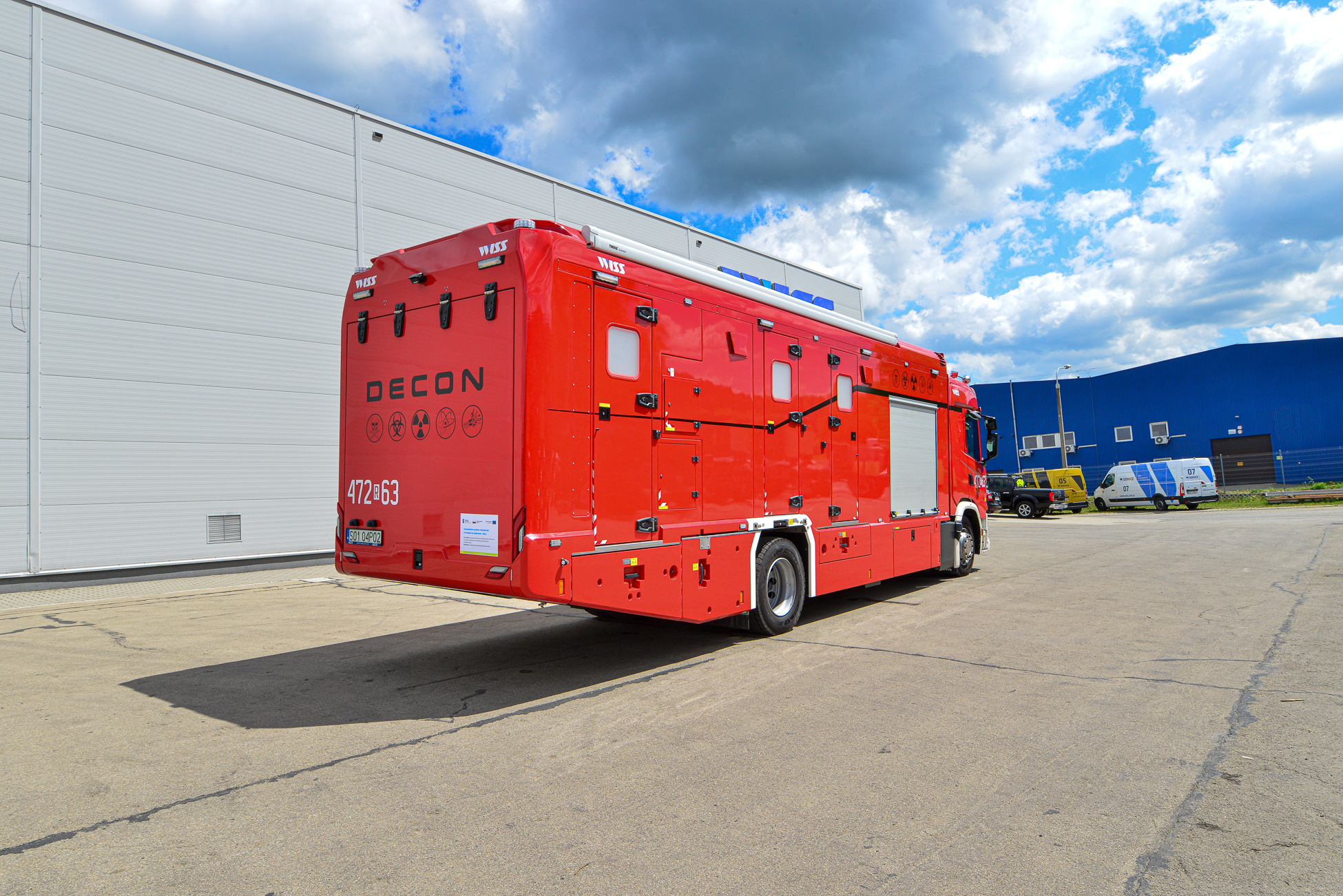 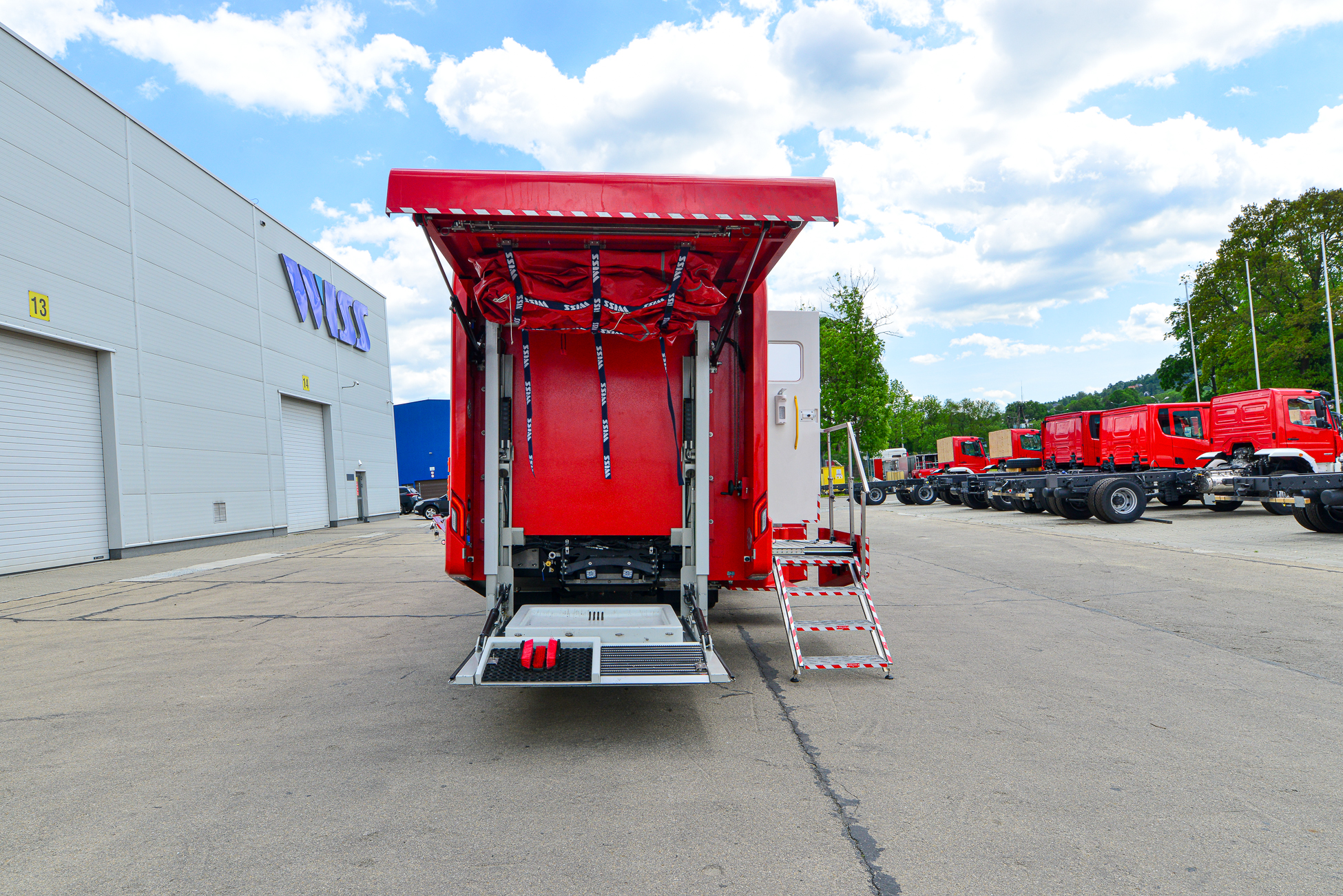